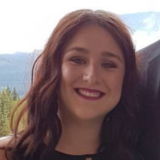 Ukraine-Russia conflict—what you should know

A case for optimism